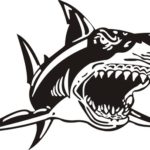 Negative flyers seem to be coming out earlier this election season. With over a month to go before the election, both candidates have already sent out multiple glossy flyers. The earlier flyers exhorted the virtues of the two candidates, incumbent Republican Jeff Denham and Democrat challenger Michael Eggman. The latest flyers have turned negative and will probably discourage citizens from voting. “I Won’t Vote For Either Clown” In past elections, […]