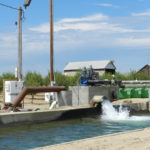 Despite state-mandated regulation, vast stores of groundwater have disappeared from the Colorado River Basin and the Ogallala Aquifer. The water is gone for a simple reason: More has been taken out than has come in. The simple notion of overdrafting—taking more from an account than has been put in— is something people learn early on when it comes to checking accounts. “Money in minus money out” is the basis for […] 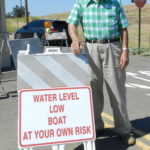 Dr. Vance Kennedy was visiting Modesto Reservoir in eastern Stanislaus County last week when someone asked him what the likelihood is that almond orchards around the reservoir are pumping water from the reservoir via seepage into nearby aquifers. “One-hundred percent,” replied Kennedy.  Kennedy retired from the U.S. Geological Survey (USGS) after winning its highest possible award. His special expertise is in tracing sediments in water, but he’s well versed in […] 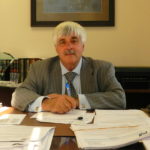 Stanislaus County Supervisor Jim DeMartini farms 1200 acres of prime farmland near the city of Patterson. Much of his land is bordered by the Tuolumne River. Supervisor DeMartini led the way to formation of Stanislaus County’s pioneering agricultural element, which features mitigation for loss of farmland. He has also worked with the Audubon Society to restore native riparian vegetation and wildlife habitat on his property. The Valley Citizen: You finance […]

Just as it appeared Wednesday’s meeting of the Stanislaus Water Advisory Committee (WAC) was going to conclude another session of deferred action, Stanislaus County Supervisor Terry Withrow lit up the room. “I was talking to Jim and he was pretty adamant about putting a moratorium on the east side,” said Withrow. “And right now he’s got the votes to do it.” No one had to be told “Jim” was Stanislaus […]

“Steal a little and they throw you in jail; steal a lot and they make you king”…Uncle Bob It was big news when the Modesto Irrigation District (MID) caught six customers stealing water from MID canals. The culprits were not only fined, their names were published in the Modesto Bee. The fines, thought to be in the neighborhood of $1500, were food for thought when someone at the MID […] 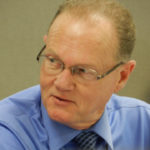 If your accountant told you to keep spending money until you found out how much you had, you’d fire your accountant. But insanity about money doesn’t translate to insanity about water. Spending without knowing how much you have is the rule with groundwater in California, and that’s why the state is over drafted almost everywhere. Up until recently, one of the few places that still had plenty of groundwater was […]

Recent research by the United States Geological Survey (USGS) in the foothills east of Stockton should raise red flags for anyone concerned about the exponential expansion of orchards in eastern Stanislaus and Merced Counties. The research was conducted in San Joaquin and Calaveras counties as recently as 2011. By far the most alarming discovery was high levels of arsenic in some of the test wells. Most people know of […]