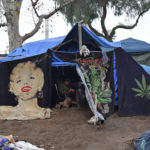 Few people would argue that releasing mentally ill people from institutions of care into the streets would have good consequences. That policy—closing mental institutions—is usually attributed to Ronald Reagan when he was governor of California, but it began in the 1960s, well before the Reagan administration. Today, the consequences are all around us; the best estimates show 25% of homeless people are seriously mentally ill, and up to 45% have […]