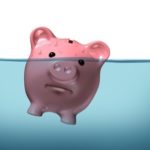 It was fascinating to read Janie Gatzman’s letter of support for the Oakdale Irrigation District’s (OID) water sale in Wednesday’s Modesto Bee. Alert readers will remember that late last June Gatzman wrote that farming “south of the Tuolumne River” had not caused, “significant impacts to downstream city wells.” Gatzman made her claim despite widespread knowledge of a huge cone of depression in the very area she claimed suffered no “significant […]