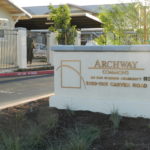 It took a while, but the Modesto Bee finally got around to covering the Ridenour administration. Don’t feel bad if the name “Ridenour” doesn’t ring a bell. Jim Ridenour was Mayor of Modesto from 2004 through 2012. Known by many as the “stealth mayor” for the lack of news coverage during his term, only two events ruffled the calm surface of his eight year tenure. One, the SCAP scandal, occurred […]