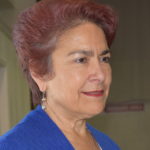 After appearances by Assemblymember Anna Caballero and congressional candidate Josh Harder, Modesto’s Latino Community Roundtable (LCR) endorsed both on September 6. Balloting for Stanislaus District Attorney resulted in a tie between incumbent Birgit Fladager and challenger John R Mayne. It appears both will receive an endorsement. Caballero is running for State Senate in California District 12 against Rob Poythress. During a speech to members of LCR, Caballero emphasized her rural […]