The surest signs of another growth boom binge are recent maneuvers by the Asphalt Empire. All the evidence suggests we’re in for another round of runaway growth followed by all the ugly consequences. First, there was the announcement that Bill Zoslocki was running for the Modesto City Council. Zoslocki, a prime mover in the Village I debacle, is also a former president of the Building Industry Association. As a candidate […]

Central Valley Farmland Trust President Denny Jackman was mugged, mauled, and kicked in the teeth at Wednesday night’s Economic Development Committee meeting in Modesto. The issue was Jackman’s Residential Urban Limit (RUL) proposal. Word was even the Chamber of Commerce was going to endorse it. Those who thought such a notion too good to be true were soon confirmed in their skepticism. When Committee Chair Dave Cogdill called for comment […]

The earth shook Tuesday night when the Modesto City Council voted 5-2 to put a one cent tax proposal on the November ballot. The vote could easily have been 6-1. Councilmember Dave Geer voted “no” only because he preferred a four year sunset to the six year duration of the proposal at hand. The key takeaway is that all Councilmembers save Stephanie Burnside agreed the City has a severe revenue […] 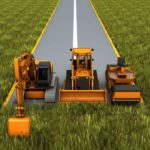 Last week, the Modesto Chamber of Commerce introduced a recycled economic development plan to the citizens of Modesto and its City Council. The plan is basically a rehash of ideas previously presented to the community in the 1990’s by residential developers. The Modesto Chamber of Commerce’s plan is called “a vision” for economic development. It will primarily benefit residential development, to the detriment of other stakeholders and members of the chamber. Half-Cent Sales […]