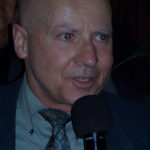 When people heard a conservative white male with rumored Tea Party affiliations was running for City Council in Modesto’s District 2, they weren’t just puzzled, they were mystified. When he won, the victory was attributed to low voter turnout resulting from apathy. But mystification turned to pleasant surprise when Dave Geer turned out to be one of the best public servants his city and district had ever seen. Except insofar […]