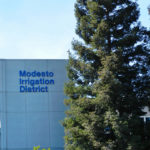 Public utilities are known for financial stability. Without competition, they generally don’t have to worry about remaining financially solvent. However, in the last few decades, technological changes have undermined the bottom line of some public utilities. When American Telephone and Telegraph was exposed to competition via deregulation, it tried to adapt in order to survive. Eventually, because of its weak financial condition and poor competitive structure, the company sold out to Southwestern Bell, […]