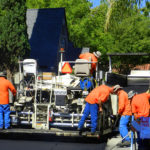 By the time they showed up, most everyone in the neighborhood had given up on the streets. They were cracked down to the dirt. Cars and trucks routinely turned over asphalt clods, which then became part of the general rubble. Then the water guys came. They replaced the water pipes, which some said were going on seventy years old. No one was surprised—the city has a long history of overlooking […]

The earth shook Tuesday night when the Modesto City Council voted 5-2 to put a one cent tax proposal on the November ballot. The vote could easily have been 6-1. Councilmember Dave Geer voted “no” only because he preferred a four year sunset to the six year duration of the proposal at hand. The key takeaway is that all Councilmembers save Stephanie Burnside agreed the City has a severe revenue […]