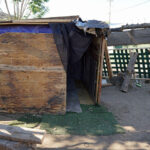 For years, the dominant explanations for homelessness have been drugs and choice. Whenever the topic of homelessness arose, people were quick to say, “It’s the drugs.” And if they didn’t rant about drugs and needles, the alternative was to argue that homelessness was a “choice” people made to avoid the responsibilities of self-sufficiency. Occasionally, someone would point out that doing away with mental institutions and social services might have had […]