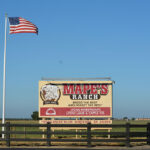 July 25, attorneys for “Lyons Land Management and Mapes Ranch” issued a strong rebuttal to a letter to the Modesto Irrigation District (MID) from its former General Counsel that raised questions about Mapes Ranch’s use of MID water. The rebuttal argued the letter, “contains false accusations and incorrect information.” We summarized portions of the letter from Ronda Lucas on July 19. Lucas, who served as MID’s General Counsel from early […]