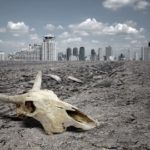 Until last year, California was the only state without regulations for pumping groundwater. Many thought new rules would remedy problems brought about by overdrafting. They overlooked the fact that even in states with groundwater regulation, major aquifers have been depleted beyond recovery in any reasonable time frame. The great Ogallala Aquifer, which covers parts of eight Midwestern states, has been severely depleted. In Kansas, one study estimated that in order […] 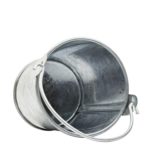 Editor’s note: If you have a bucket of water that is one foot deep and you use one inch of water a day, it takes twelve days to empty the bucket. Most people understand this concept at a very early age. Especially over the last fifty years, many aquifers around the United States have become so depleted it’s no longer feasible to use them for irrigating farmland. Even parts of […]