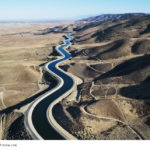 Insanity is often described as doing the same thing  again and again and expecting different results. It’s an apt description of what happens when Californians keep expecting different results from their (mis)use of water. Most Valley citizens were surprised to read that parts of Merced County are sinking as much as a foot a year. The cause is subsidence—the collapse of land that occurs when too much water is pumped […]

Grim 2022 Drought Outlook for Western US Offers Warnings for the Future
As the climate heats up further, increasing atmospheric thirst will continue to intensify drought stress.
www.earthisland.org

Inside LA’s Homeless Industrial Complex
Just 7 percent of the people in Los Angeles’s Echo Park encampment found permanent housing after it was cleared. Almost half are missing. Seven are dead. That’s not a failure of homelessness policy; it’s an example of the system working exactly as intended.
newrepublic.com

America Did Too Good a Job at Saving Canada Geese
Americans almost drove Canada geese to extinction; now they are so numerous, they’re a nuisance. What do we do next?

The Plot to Keep Meatpacking Plants Open During COVID-19
This story first appeared at ProPublica. ProPublica is a Pulitzer Prize-winning investigative…
talkingpointsmemo.com

‘Where do they expect us to go?’ Life at one Bay Area encampment before eviction
For many unhoused Californians, disabilities make life at a temporary shelter nearly impossible

As Abortion Rights Expand, the U.S. Joins a Handful of Telling Exceptions
Recent shifts on access to abortion suggest democracy and women’s rights go hand in hand, and that the inverse might be true as well.
www.nytimes.com

No, Republicans Aren’t Better at Managing the Economy Than Democrats
By virtually every objective measure, Democrats do better. It’s not even close. So why doesn’t America know it?
newrepublic.com