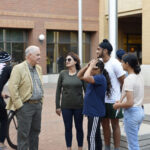 Among the more puzzling aspects of Ted Brandvold’s term as Mayor of Modesto is his desire to run again. He’s never seemed to like the job, and has even less aptitude for it than enthusiasm, yet there he was at the September 23 Modesto Bee Mayors’ Forum, seeking another term. The mayor was subjected to some withering criticism, with the cruelest blow coming from current City Councilmember and former ally […] 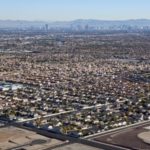 In the 1990s, Dick Lang was the Mayor of Modesto. During his tenure, he made a number of unpopular decisions. In 1999, Mr. Lang was voted out of office because citizens were fed up with higher fees and declining city services. Early this year, Modesto Mayor Ted Brandvold won a runoff election. Since assuming office, he has established a pattern of decision making that eerily resembles the regime of former […]