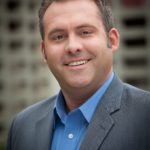 Adam Gray’s dismissal from the state’s Water, Parks, and Wildlife Committee has given him near-martyr status, at least locally. Gray tried to argue against reducing water allotments in the San Joaquin Valley. When he was removed from the Committee after a small initial success, the dismissal brought about what’s become a default water rant throughout the San Joaquin Valley.  The theme? Blame the state. Subtext? Blame the “enviros.”  “Yes,” say […]