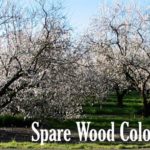 Dear Modesto City Councilmembers: During the last Modesto General Plan update a little over a decade ago, while serving on the Modesto City Council, I proposed removing the Beckwith Triangle from the updated plan. My rationale was that the Triangle was isolated from the rest of the community and separated by a freeway that makes infrastructure expensive to provide. The other even better argument was that the area was on the world’s best farm land. I […]

This article is dedicated to the citizens of Wood Colony who do not want to annex into the City of Modesto. The Modesto City Council is proposing to annex Wood Colony on a whim. They don’t have a plan. Nor does the Council care about what you think. They are doing this because some individuals in the urban development business are telling them to do this. Your best hope of defeating the proposal […]