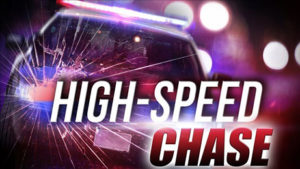 The two largest law enforcement agencies in Stanislaus County allow their officers to chase just about anyone for just about anything.

We have obtained four and a half years of reports by the Stanislaus Sheriff’s Office and the Modesto Police Department, reports the agencies are required by law to file with CHP Headquarters within 30 days of any pursuit. The reports are cryptic but do contain information about the speed and duration of the pursuits as well as the offense which prompted the attempted traffic stop.

Our study focused on the full calendar years 2014, 2015 and 2016. It includes 272 chases by sheriff’s deputies and police officers. We consider the sample to be a minimum. Nobody makes up chases that don’t occur so, if anything, they are under-reported.

We found one instance which we think allows for the conclusion that the reports are reasonably accurate. Only the officer initiating the chase is supposed to prepare a report, but on one occasion two officers prepared separate reports. One officer said the top speed was 90 mph while the other one said 85. Close enough, we thought.

To give you an idea of the “pace” of some of the pursuits, we looked at the combined chases of the two departments:

In about 25 percent of the pursuits there were collisions resulting in 23 injuries to either the pursuing officer, the driver of the pursued vehicle, a passenger in that car, or to a bystander.

This ratio of pursuits to collisions is exactly in-line with the statewide average for all California law enforcement agencies for 2016, according to the CHP’s annual report to the Legislature. (May 2017)

There were no deaths as a direct result of chases during the study.  Three teenagers died when their stolen car crashed into tree but that occurred after the officer had terminated his pursuit.

It is injuries (and deaths) to bystanders that is prompting a re-examination of pursuit policies by many law enforcement agencies. Some agencies have markedly worse results than we have had locally. The Los Angeles PD has one bystander injured for every 10 cases. The LA Civil Grand Jury is calling for change.

While our local experience has not been that bad, it may be a question of luck.

Both local agencies have essentially identical written pursuit policies. Not surprising, since they subscribe to the same company that provides “templates” which comply with California law and are the basis of the policies.

There are minor differences but the part of the policy which governs when you are allowed to pursue is the same.

The policies are considered “permissive” because: “Deputies (Officers) are authorized to initiate a pursuit when it is reasonable to believe that a suspect is attempting to evade arrest or detention by fleeing in a vehicle.”

The word “detention” encompasses traffic stops for vehicle code violations, ranging from reckless driving to equipment violations which would normally result in a “fix-it” ticket.

In considering when to start a chase, or when to terminate that pursuit, the policies provide a check list of 12 points, primary of which is a balance between the “known or suspected crime and its relationship to community safety.”

Some agencies have addressed this problem with “bright line” restrictions on who can be chased. For example, some agencies allow pursuits only of persons suspected of violent crimes. The San Jose PD has an interesting rule: For vehicle code or other minor violations, the officer can put on the red light and sound the siren and continue to follow the car if it does not stop. But if that vehicle starts to drive dangerously, the pursuit must be stopped

That policy, if in play in Stanislaus County in 2014, 2015 and 2016, would have significantly reduced the number of chases, collisions and injuries resulting from pursuits by the two agencies.

Both local departments recognize the risks inherent in high-speed pursuits and say so in their policies. The policies also say that no officer will be criticized or punished for not engaging in a pursuit, or in terminating a chase.

Is the reverse true?

The Modesto PD says all pursuit reports are reviewed to determine if they were “within policy.” If not, the individual officers are counseled, receive additional training or have “letters of discussion” placed in their personnel file. The Sheriff’s Office has a similar review policy.

Neither department is willing to talk about specific cases and specific discipline because it would involve an officer’s personnel file.

The problem with supervisorial review of a discretionary decision may be that no one wants to be a “Monday morning quarterback” so questionable decisions are unpunished. If there is a bright line, like no chasing for minor traffic violations, it would be much easier to review and react.

In every high-speed pursuit there are at least two vehicles going over the speed limit. Even if the pursuing officer is adequately trained for high speed driving, the driver of the other car may not be. A car going 90 behaves very differently than one going 70. The braking distance changes radically and losing control comes easier.

And, there is an ongoing transition to SUVs from sedans as patrol vehicles. Those SUVs, with a higher center of gravity, are more difficult to control. A possible example occurred in May of last year when a Sheriff’s SUV went out of control in a curve of Crows Landing Road causing the deaths of the deputy who was driving and his community service officer passenger. That incident was not a chase but simply a Code Three response, a type of high speed driving which we may touch on in the future.

Part of the potential problem arises in the disconnect between policy and practice. It would seem like a clear violation of policy to have an officer chase someone for 19 miles at speeds reaching 100 mph for a Municipal Code violation (parking in an alley) but that happened on January 1 of 2017.

And, the policy limits the number of pursuing officers to 4 but a video of a chase in May of 2017 showed 14 marked and unmarked units following a carjacker.

Here are some specific stats:

A TAKEAWAY: To avoid the risks inherent in high speed chases, local departments may want to reduce the number of chases by adopting bright line policies which forbid chases in specific circumstances. Letting someone get away without a front license plate may be a good trade-off for a chase related injury.

SOURCES: We made a Public Records Act request to CHP Headquarters in Sacramento for all pursuit reports for the years 2013, 2014, 2015 and the first half of 2017. We received 527 reports in electronic form. Thereafter we created spread sheets showing details from the reports such as the speeds involved, the offense cited as the reason for the stop, the number of collisions and the number of injuries, among other less relevant facts. We reviewed but did not include the 2013 reports in our study because we felt three full years should give us any pattern. We did the same with the partial year 2017 reports as we did not want to compare and contrast whole years with a partial year.