Here in the San Joaquin Valley, motorcades of Trump supporters cruised the streets prior to the election in a show of support that in retrospect was more of a funeral procession. The spectacle of flags, pennants, and banners flying from dozens of trucks and automobiles led many to believe Trump was far more popular among Valley citizens than his vote totals show.

In the end, Donald Trump will find the judgment of the American people in 2020 was even more emphatic than the verdict in 2016, when he lost by almost three million votes.

Trump’s politics of grievance arose out of a simmering mess of stressors he artfully brought to a full, rolling boil. Sensing the American middle and working-classes were justifiably angry at the failure of both political parties to address their steady declines in earning power in the decades since trickle down economic theory enabled fewer and fewer people to purchase more and more political influence, Trump deployed the time-honored tactics of scapegoating and race-baiting to distract from very real issues of wealth inequality and social (in)justice.

He also tapped long-suppressed anger stemming from the supercilious pieties of liberal supporters of identity politics and cancel culture. His supporters thrilled vicariously when he violated the strictures of political correctness with a blizzard of crude vulgarity and vile insults. 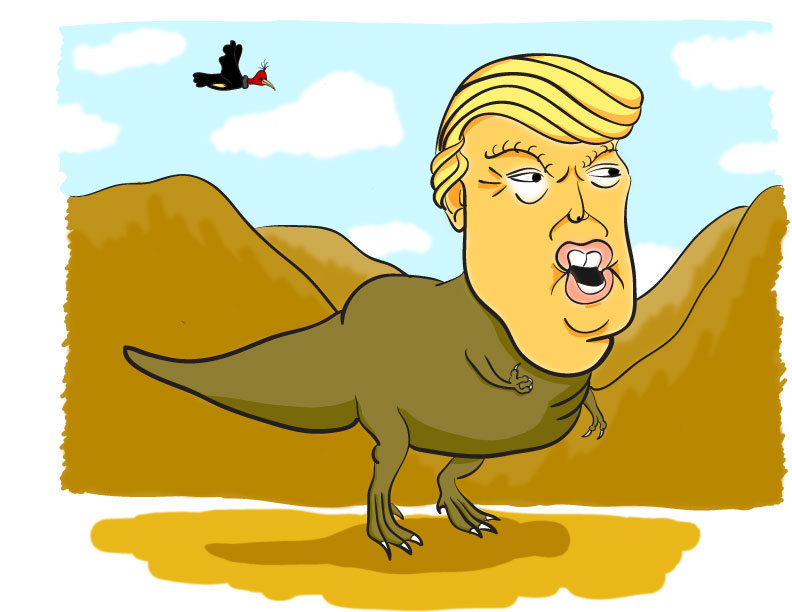 Once in office, Trump’s power came not from his values, politics, or character; it came from his singular ability to pit us against one another, to divide us to an extent unparalleled in recent history.

In a rural Valley where even the largest cities have a small town atmosphere, he divided families along partisan lines, estranged friends, and sowed mistrust in our most revered institutions. He managed to leverage a minority vote election win into an assault on science, learning and law, the very foundations of civilized society.

Trump’s most fervid supporters haven’t just been willing to follow him into a miasma of pestilence and death, they’ve been eager. Red state leaders like Utah’s Republican Governor Gary Herbert have discovered that resistance to the advice of epidemiologists in favor of Trump’s lies about the severity of Covid-19 resulted in unmanageable levels of infection and Covid mortality. Monday, Herbert imposed a statewide mask mandate and fines of up to $10,000 for violators of his mask and social distancing commands.

Closer to home, Stanislaus County, where leaders have routinely flouted medical advice about the virus, finds itself once again facing state-imposed sanctions due to a resurgence of infection rates. Counties throughout the rest of the Valley are also teetering on the edge of more forced restrictions.

In the last days before the November 3 election, Donald Trump was telling the American people that Covid-19 was “going away,” even while cases were reaching record numbers. The claim wasn’t much different from those he made early in the year, when he insisted the virus was, “under control.”

Trump’s assaults on truth, like his assaults on science, learning and law, have created a monster that now threatens to annihilate the nation’s principles of majority rule through free and fair elections. Republican leaders in Washington DC are willing to enable him even in this final assault on the Republic.

If the monster that is Donald Trump succeeds, elections throughout our nation will become the farcical exercise they already are in countries like Russia and Iraq.  The will of  the people will be thwarted and contemned. Resistance must begin now and continue until Joe Biden enters the White House.