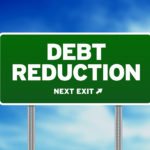 To Todd Aaronson, it must have seemed like the perfect storm, with prevailing winds in his favor. For months on end he’d used his expertise at marketing to take the pulse and temperature of Modesto’s District Three, the bloc carved out by the City’s decision to adopt district elections. He’d acquired an “A” list of endorsements no one else could hope to match. Best of all, his opponent wasn’t an incumbent, at least not in the usual sense.

Dave Lopez, the sitting City Councilman, was running for the first time in the newly drawn district. And Aaronson knew that Lopez hadn’t put in nearly as much time and effort in the neighborhood as Aaronson had with his surveys, socializing, and work with the College Area Neighborhood Alliance.

Things looked even better when the SCAP scandal broke. Lopez was right in the middle of it, and there’s nothing better than a scandal to generate anti-incumbent passion, even when your opponent is not technically an incumbent. Aaronson did have that little problem of past associations with SCAP-tainted Joe Muratore and Ryan Swehla, but he’d distanced himself in what should have been plenty of time.

Late campaign entrant Carmen Sabatino was routinely savaging Lopez, and the stuff on Lopez had a much better chance of sticking than Aaronson’s past association with Muratore and Swehla. All in all, everything was breaking Aaronson’s way.

Then, out of nowhere, he was blindsided. It happened at the most important media event of the campaign, during the Modesto Bee interview of District Three candidates. Within seconds Aaronson’s meticulous preparation, his disciplined focus on the issues that polled well and his months of preparation went straight down the tubes.

Worst of all, the hit didn’t come from Sabatino, for whom he was prepared, or even from Lopez. No, the perpetrator was Paul Tunison, heretofore a complete unknown whose presence in the campaign was a mystery, given his chances of winning were less than nil.

It was Tunison who dropped the bombshell that became the Bee story line when he revealed that Aaronson had failed to make a balloon payment on a loan well in excess of two-hundred thousand dollars. And the wily Sabatino, scarred veteran of countless Modesto campaigns, immediately twigged to the most likely explanation.

“Now I know why you’re here,” said Sabatino to Tunison. “You’re here to take Aaronson out.”

To insiders, it certainly looked as though Aaronson, who represented a very serious threat to developer-backed Lopez, had indeed been targeted. And the upshot was that  issues were off the table, just as had been the case in so many previous elections. Aaronson’s focus on the problems important to the District’s constituents and his status as a local businessman were no longer germane. Now, he’d suddenly been lumped in with Lopez and his bankruptcy and even with Sabatino and his debt problems.

Not only was it humiliating, Aaronson was so stunned by the revelation he had no ready explanation. His first story was he’d been hampered by a disability. Later he said he’d delayed payment to force better terms from the bank. Neither response could alter the expected reaction from Modesto’s punditry, which tut-tutted and offered the time-honored observation that, “Those who can’t manage their own money shouldn’t be trusted with tax payer dollars.”

Even as a newcomer to local politics, Aaronson should have been expecting the cheap shot. Local political history contains fewer chapters on issues than on dirt, and no one knows that story better than Carmen Sabatino, who has shrugged off more smears and vilification than all the other candidates combined.

District Three voters will have to hope candidates will be able to refocus on issues critical to the city. Meanwhile, Todd Aaronson’s baptism by fire has turned what looked like a perfect storm into a forecaster’s nightmare.