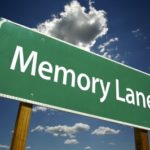 “’We never had control of the process — ever,’” said [Bill] Zoslocki, a member of the Building Industry Association of Central California board who insisted he was only speaking for himself. “’Everybody needs to get off their soap box.’”

This was nearly a decade ago, back in September, 2002, when the Village I fees shortfall was hitting the fan. By now, Village I has receded into the mist of dim memory, but it was a watershed episode in local history.

Zoslocki was referring to claims that developers of Village I had manipulated city officials into reducing building fees in what turned out to be one of the major fiascos in Modesto’s recent past. The subsequent fees shortfall ran into tens of millions of dollars. Since he was one of Village I’s developers, Zoslocki had a substantial stake in the game and its outcome. He and other Village I developers turned out to be big winners.

Village I had been touted as a pedestrian friendly, residentially and commercially balanced development that would set a new standard for “smart growth.”  It turned into a boondoggle. The original plan was “amended” over twenty times. Planned parks were deleted, costs for roads were shifted to nearby property owners, fees were reduced. All these things happened under a dark cloud of suspicion precipitated in part by criminal complaints and convictions against Modesto’s Mid-Valley Engineering for laundering campaign contributions to Oakdale and Modesto City Council candidates. The turmoil was part of the reason for an unprecedented reversal of politics as usual, as outsiders Carmen Sabatino, Denny Jackman and Bruce Frohman were swept into city offices on a tide of anti-incumbent anger.

Those few who remember Village I at all still bicker about how many millions of dollars  the fees shortfall amounted to. Almost no one remembers the original concept. And if there’s a lesson in the story, it’s yet to be learned. Just recently, Modesto Mayor Jim Ridenour and City Council members supported another round of fees reductions for developers, citing the slow economy and the need for jobs, just as happened with Village I.

Today, developers are as much in control of city politics as they ever were. Bill Zoslocki even has a soap box of his own, as he joins current City Council members Brad Hawn and Garrad Marsh as candidates for mayor of Modesto.

Phillip Trounstine and Terry Christensen, in their classic study of San Jose politics, determined that city government was the key to growth. That’s why developers and realtors are so active in city politics. Those on constant lookout for political malfeasance are occasionally justified in their suspicions, but more often they overlook how the system really works. The goal in politics is to get your people in office. Once that’s accomplished, they move your projects forward.

It’s the American way, it’s legal, and those who don’t learn the lessons of history have only themselves to blame. Like growth, our crumbling infrastructure, declining social services and diminished public resources are not inevitable. They are the predictable results of political design. And anyone who thinks history doesn’t repeat itself just isn’t paying attention.