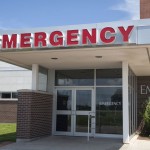 Through the use of this one sentence, the medical profession has turned the concept of the hospital emergency room into an oxymoron.

If you’ve been lucky enough to avoid San Joaquin Valley emergency rooms, then you’ve missed an absolutely miserable experience. Visit any emergency room, especially on weekends and evenings, and you’ll wait a far longer time than with a routine visit to the doctor or a clinic.

Over the years, stories of patients waiting 8 hours or longer have become common. The frustrating thing for patients is that the staff won’t tell them what kind of wait to expect because the triage system makes predictions unreliable. Instead of first-in first-out treatment, the triage system “bumps” lesser emergencies when more serious emergencies arrive.

Under pressure to be profitable, hospitals have cut emergency room staff to bare minimums. If a spike in visits occurs, they can’t serve the customers. At a recent visit to a local hospital emergency room, this writer noticed that nearly every chair in the waiting room was filled and that one patient was called every 10 to 15 minutes. Given the number of people waiting, it would have taken a minimum of 8 hours for everyone to be seen even if no one else entered the emergency room.

No Patient Is Refused Care

All hospital emergency rooms emphatically state that they will not turn away any patient. As a result, all are clogged with a wide variety of patients with an assortment of problems. The case can be made that a large percentage should wait until the next morning, when they could be seen by a physician or physician’s assistant in a clinic or office. Medi-Cal patients, who don’t have to make payment out of pocket, are often blamed for filling emergency rooms when their medical issues could be handled on a non-emergency basis.

The real problem is the screening of patients. Emergency staff are afraid to send people home for fear that they’ll suffer severe consequences from not being seen. The concern about liability is greater than whether the treatment priority is appropriate or whether the patient suffers greater harm waiting long uncomfortable hours in an emergency room lobby filled with people who may carry infectious disease.

Making someone wait 8 hours for treatment is comparable to denying treatment. A patient arriving at midnight who waits 8 hours to be seen might as well have been sent home to see his doctor the next day.

The Profit Motive In Health Care

Hospital administrators are most concerned about the bottom line. If they can’t turn a profit, they can’t stay in business. Consequently, they keep emergency room staff numbers at a minimum and allow the service to degrade. If the patient has a successful outcome, great. If not, tough luck for the patient. What’s a little misery and suffering when the community would be worse off if there were no hospitals at all?

Oak Valley Hospital in Oakdale is planning to close its maternity ward because it’s not profitable. Community service might not be a concern for that hospital’s administrators. Oakdale citizens will either need to find a midwife or drive 15-20 miles into Modesto to deliver.

The Valley is becoming like a third world country in health care. One hears more and more frequently how some Mexican-Americans now go to Mexico for health care because they feel that the quality and cost of care is better there.

Some politicians say the government is at fault for the degraded medical service. They say that because the government is trying to make medical treatment affordable for all citizens, it has created a shortage in resources and has driven up the cost of treatment.

Japan’s government-run medical system does not have the problems the for-profit system has in the United States. Clinics in Japan are open all the time for acute problems, the wait times are short, enough nurses and doctors are always on duty, and the costs are affordable.

Problems in the Valley health care aren’t due to offering affordable service. They’re due to insufficient staffing and abuse of emergency status. The problems can be solved, but they won’t be as long as people continue to put up with them.