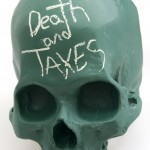 Over a decade ago, when newly-elected Mayor Carmen Sabatino proposed a half cent sales tax for road maintenance and repair in Modesto he was met with a storm of protest. Despite the controversy, no one questioned the sorry state of our roads.

The road tax has since been championed both by former Stanislaus County Supervisor Jeff Grover and current Supervisor Vito Chiesa. Again, no one questions the sorry state of our roads.

Chiesa broached his tax proposal just before Modesto’s current Mayor Garrad Marsh proposed another sales tax increase, this one for more police officers. Marsh’s proposal stimulated the usual controversy, but no one questions the reality of rampant crime in our region.

Many conservative local politicians have long been willing to admit privately that Proposition 13 devastated the San Joaquin Valley. The evidence should be clear now that after decades of mostly ultra-conservative leadership we still find ourselves short of revenue. The real problem is that almost no one has the courage to suggest publicly that we need higher property taxes.

The fact is that Proposition 13 addressed a serious problem with an over-correction. Because most people remember only the severity of the problem, they’ve been unable to accept the consequent facts.

Another feature of Proposition 13 has been overlooked altogether until very recently. While it was intended to address problems with runaway taxes on people’s houses, Proposition 13 also included severe tax restrictions on commercial properties. Just recently, the Public Policy Institute of California found that a significant majority of Californians favor “splitting” the property tax so that commercial properties are taxed at their actual value.

Many younger Californians are only vaguely aware of Proposition 13’s existence. Given voters’ current willingness to consider taxes in the context of realities, it may be time to reconsider another pernicious effect of Proposition 13, the two-thirds approval requirement.

The two-thirds requirement obliterates majority rule, one of democracy’s most revered tenets. It enables a minority, no matter how feverish from dogma and delusion, to dictate policy.

If we’ve learned anything from recent elections, it’s that a dogmatic minority can scuttle not only the compromise necessary for pragmatic solutions, but also any hopes for a successful political platform—just ask the Republican party.

Just as extremists have wreaked havoc on any chances for Republican success in congress and the presidency, so have anti-tax hystericals prevented solutions for our persistent realities of crumbling infrastructure, soaring poverty rates, and rampaging crime. When a tiny minority can condemn an entire region to death by dogma, it’s time to look at the causes of our malaise and find a remedy.