And the Darkness Comprehended It Not 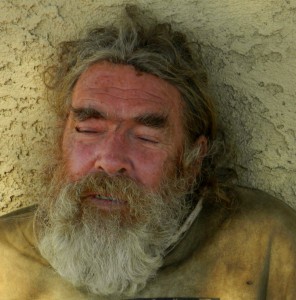 The only pain greater than their own is the pain they give the ones who love them. Theirs is a long journey into a wilderness of thorns, each one piercing another heart.

Their descent into the smoldering tangle of excuses, evasions, and lies, is like a public burning when the victim will not die. At some point they are unrecognizable. Their flesh scorches, their eyes lose their orbit, their color turns. Still they go on.

Nothing can make them right; not money, not medicine, not even love. They escape our every good intention with an ingenious capacity for self-inflicted wounds. We must remind ourselves repeatedly that they’re not like us. They’re damaged. Sick. Mentally ill. Addicted.

“Dr. Frank R. Lipton and Dr. Albert Sabatini of Bellevue Psychiatric Hospital in Manhattan, who have done research on the problems of the homeless, say one of the major flaws in the concept of deinstitutionalization was the notion that serious, chronic mental disorders could be minimized, if not totally prevented, through care provided within the local community.

‘This philosophical and ideological shift in thinking was not adequately validated, yet it became one of the major conceptual bases for moving the locus of care,’ they said.”

They have taken the parks, streets, and sidewalks. They have filled the public space in such a way as to force us to consider their rights and freedom. It’s not something any of us wants to do.

Of course we want to help, especially those of us who are family. No one tries harder than the person with love to lose.

They defeat us. They push us past anger, past despair, beyond hope. With a tenacious determination we begin to believe must be filled with purpose they force us to turn away. “It is done so well,” we think about their escape from help. “How can they do it so well?”

According to Mother Jones magazine, extensive research and programs in a number of cities show it costs less to house the homeless than leave them on the street. Despite the evidence, many will argue that the homeless have chosen their own fate and it is not the taxpayer’s responsibility to bear the cost of their bad decisions.

Superficially at least, heavy alcohol and drug users appear to have choices. Why do some keep drinking and using when others quit? Some have been in and out of treatment programs too many times to count. They’ve had expensive therapy, tough love, family support, the helping hands of friends, and Christian charity. Nothing works.

Despite appearances, current research strongly indicates that heavy drug and alcohol users damage their brains and acquire deeply embedded habits only long-term abstinence and therapy can repair. Anyone who’s watched addicts try to quit is likely to agree they seem caught in a torture chamber of their own devising, but when they pass beyond will into abject dependence, asking whether their suffering is self-inflicted becomes a pointless question.

The homeless who’ve lost hope come to conclusions the rest of us will never fathom. As the knowledge of their need grows, so does the realization relief will be bought only with guarantees of more pain. They watch their features distort, their bodies break down, their futures fail into an endless present of want.

Shame and remorse torment them with graphic scenes of life wasted. The visions of the homeless are projected onto a grotesque horror of funhouse mirrors reflecting a lifetime of broken promises, lies, and abandoned love. Each image stalks memory with a murderous intent, slaying prospects for joy and peace of mind and assuring there will be no refuge from the perverse psychology of regret that dominates their lives.

They know they can’t go back. They know it with the assurance of death. Excoriated beyond mere suffering, their souls slowly bled away, they wish only to fade into the dust of memory.