Those who attended last Tuesday’s afternoon session of the Federal Energy Regulation Comission (FERC) at Modesto’s Doubletree Hotel listened to people who use and love the Tuolumne River explain why their needs should be represented in decisions about relicensing Don Pedro Dam’s hydroelectric project, which is powered by the Tuolumne River.

The chief issue for everyone was the state’s proposal to increase flows along all the major rivers of the northern San Joaquin Valley, especially the Tuolumne. The proposal has pitted farmers against fishermen and environmental groups, including a coalition committed to saving the ecology and culture of the San Joaquin Delta.

Much of the controversy has centered around what farmers and local irrigation districts call the flawed science behind the call for increased flows, which the state says are necessary to restore critically endangered salmon runs. But science may soon take a back seat to politics as the Trump administration sued California’s State Water Resources Control Board (SWRCB) over the flow proposals just last Thursday.

The federal government’s position is that the flow proposals interfere with the mission of the Central Valley Project (CVP), a Roosevelt-era program meant to provide assistance to small family farms in the southern San Joaquin Valley. But from its very inception and continuing today, the project’s name has been a misnomer.

The term “Central Valley” refers to the valley that features Bakersfield at its southern terminus and Redding as its northern boundary. It’s the most productive farming region in the world, but it includes the Sacramento Valley— from Stockton north to Redding— and the San Joaquin Valley, from Stockton all the way south to Bakersfield.

Originally promoted as a subsidy for family farms no larger than 160 acres, the CVP soon became a life support system for bigger and bigger operations. Farmers in the southern Valley had exhausted much of their ground and surface water even by the 1930s, and things only got worse as giant corporate farming operations like Boswell and Resnick began gulping water at annual rates as high as the city of Los Angeles.

Locals in the northern San Joaquin Valley have called the state’s proposal for increased flows a “water grab,” but the real grab all along has been by Big Ag in the southern San Joaquin Valley. Diversions from the Sacramento and San Joaquin Rivers have wreaked environmental destruction as the San Joaquin Delta and local rivers dwindle and die from increased demands facilitated by the political powers of politicians like Kevin McCarthy, Devin Nunes and former District 10 Congressman Jeff Denham.

The Trump administration’s lawsuit is just the opening ante in a game that will feature tax dollars bargaining for yet another subsidy for Big Ag in the southern San Joaquin Valley, the last great California stronghold of the Party of Trump. The federal government will try for a deal that keeps sending water south, no matter the consequences. 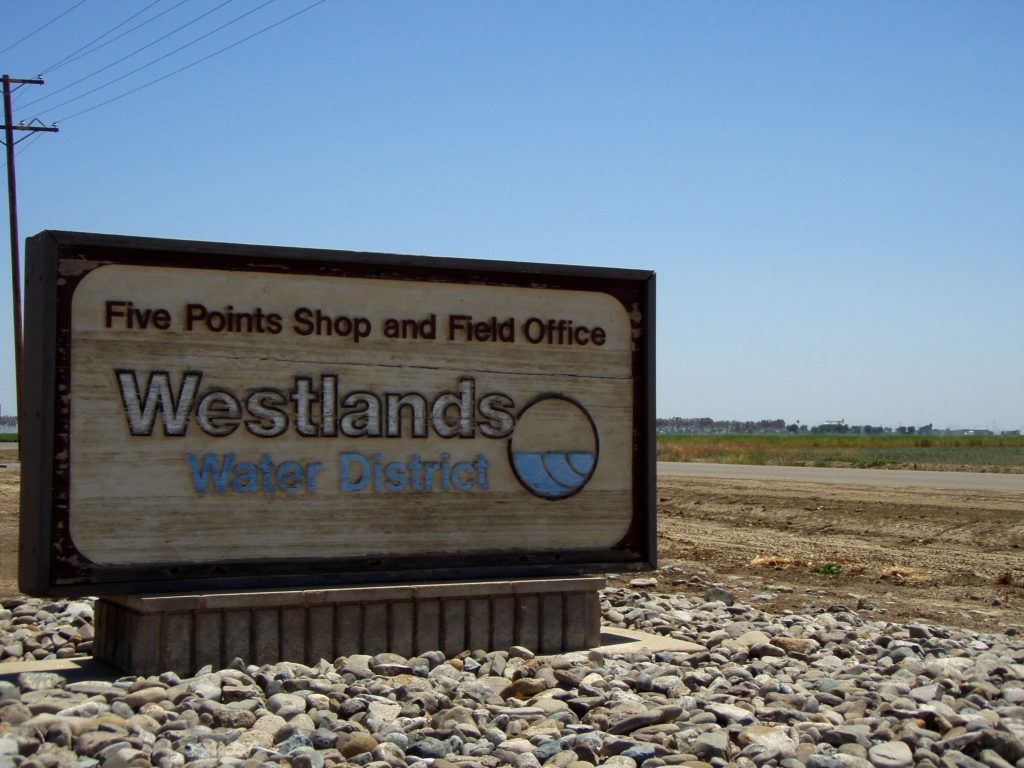 Anyone who doubts the political forces at play need only consider that Trump’s interim and soon-to-be-permanent Secretary of Interior is David Bernhardt, former lobbyist for Westlands Water District. Located in the southern San Joaquin Valley, Westlands manages to be the nation’s largest water district even while having no historic water rights.

Among the people who argued for a viable Tuolumne River last Tuesday were residents of Modesto’s Airport District, many of whom value the river for its recreational and aesthetic appeal. Testifying to the ill effects of low flows and still waters, they offered a powerful argument for increased flows, but the chances they’ll be heard in what has become a high stakes water game are virtually nil—they can’t afford the buy-in.

What the Trump administration’s lawsuit makes clear, as if there were ever a need to doubt, is that our rivers and their water serve the public interest less and less every day. Instead, water has been commodified and subject to the rules of a game in which lawsuits amount to bargaining chips and only a very few players can even put up the ante.