Last Wednesday’s meeting of the Stanislaus Homeless Alliance in Modesto’s City Council Chambers made one thing perfectly clear: There is a huge disconnect between residents of Modesto’s Outdoor Emergency Shelter (MOES) and working members of the Alliance.

While board members were chiefly interested in touting the features of what they have designated as a new low-barrier homeless shelter in the Salvation Army Berberian Building on Modesto’s 9th Street, representatives and members from MOES showed up to plea for keeping the tent camp open; it’s slated to be shut down December 2.

Even the designation as “low-barrier” seems farcical to many people familiar with why homeless shelters tend to fail. Among the most common reasons people cite for avoiding shelters is the ban on pets. MOES residents have received mixed reports about pets in the new shelter, but the last most knew was dogs would be allowed, but only 50 or so, and they must stay in crates next to people’s beds.*

Misty Eckerdt, the driving force behind Bandit’s Furends, a pet charity, estimates there are 300 dogs at MOES. Even allowing for people with more than one dog, that’s far more pets than the new shelter will accommodate. 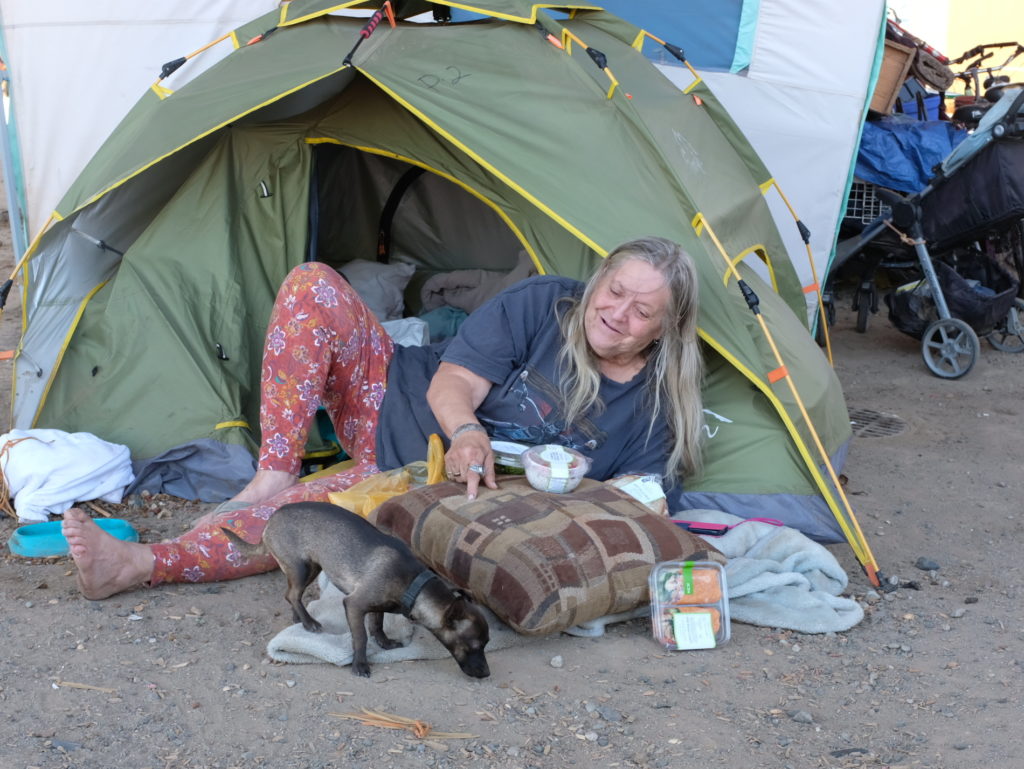 The new shelter also has an 8:00pm curfew. Again, that’s no one’s idea of low-barrier. While these barriers have received objections, by far the most common complaint among many people at MOES concerns loss of community.

“We have built a community here,” said MOES resident Brad Thompkins recently, “and now they’re going to tear it apart.”

“I look at those beds and being locked in and it brings back all those bad memories,” said a 52 year old man named Gerald, who’s done time for non-violent crimes.

“You mean to tell me they’re going to take all these people, put them in a bottle, shake it up and think everything’s going to come out nice,” said “Rabbit,” a well-known resident. “They must be crazy.”

Only a few insiders know that racial tensions flared early on when MOES was getting established, but respected resident peace makers and smart police officers calmed things down. Now, MOES residents have almost unanimous respect and appreciation for law enforcement efforts at the encampment. Modesto Police Sergeant Mike Hammond is especially highly-regarded and many members of the Rank Security force have also gained the approval of a population ordinarily highly distrustful of anyone with a badge. 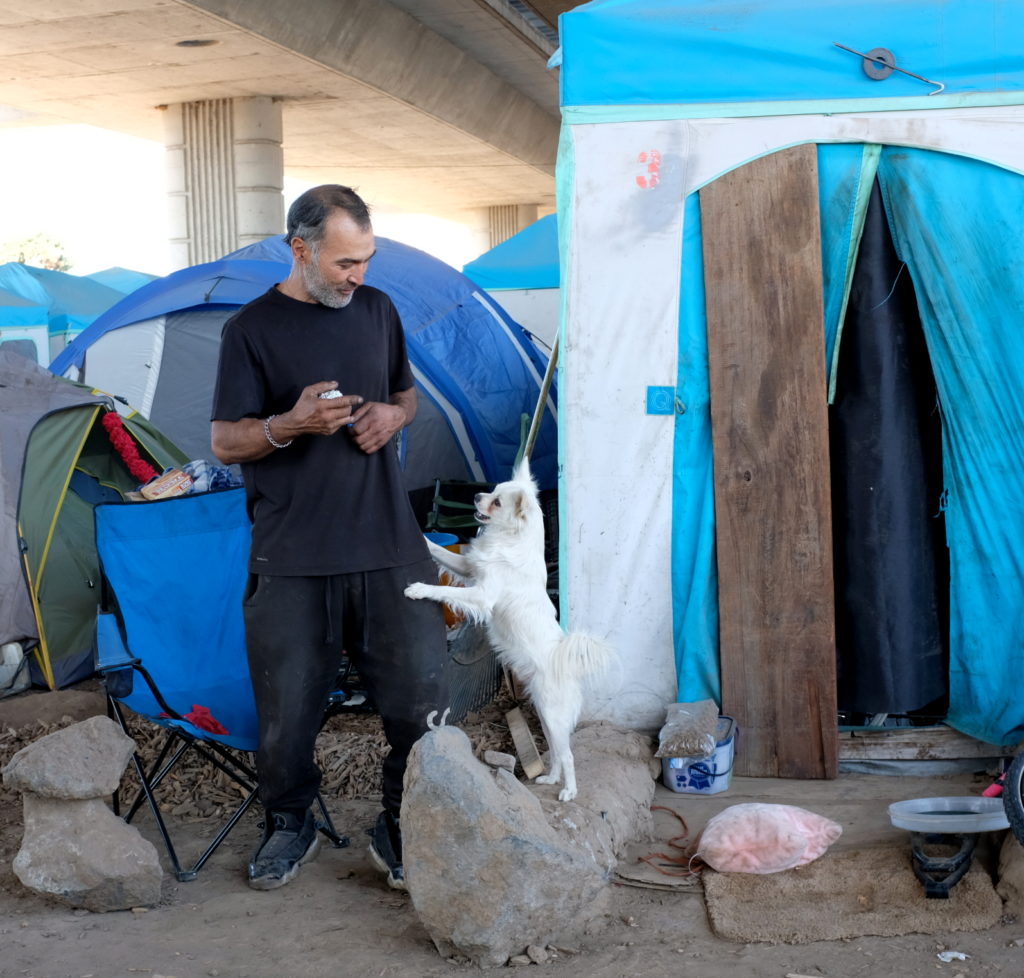 For people desocialized by years on the streets, establishing community friendships and values has been the chief benefit from living at MOES. Many residents slept two or three days straight after first arriving, making up the deficit from sleep deprivation brought on by constant anxiety. Most homeless people fear predators, law enforcement, and angry citizens. MOES gave them a place of their own among peers who valued the relative safety of a tent and neighbors. “We have each others’ backs” became a community ethic.

Now, with winter coming on and rental prices rising in anticipation of coming rent controls, hundreds of people at MOES are facing eviction from a camp that has been their only home for months. With approximately 450 MOES residents and a little over 200 new beds, the numbers simply don’t work, even if the shelter were to accommodate enough pets.

For people who entered MOES with a deep distrust of authority and gradually came to appreciate law enforcement and community values, the uprooting of their lives once again is a cruel blow that confirms their early suspicions—Modesto’s claim to be a “City of Great Neighbors” doesn’t include the unfortunate poor.

*An earlier version of this story reported the dogs would have to stay outside. We have since received updated information. We will always make corrections as we get them.