It’s only a few months into Josh Harder’s first term as California District 10’s Congressman, but he’s already more than delivered on his promise to be available for his constituents. Somebody, somewhere, is probably counting the town halls, office hours, ribbon cuttings and meetings Harder has attended so far, but the number is not as important as the quality.

Congressman Harder has been on a district-wide listening tour that has included virtually every demographic and interest group in the region. He’s shown a special gift for recognizing that most of our issues and problems—everything from water to jobs and education—are bipartisan in nature and won’t be solved until we start working together.

Late Wednesday afternoon, Harder showed up at Five Points in Modesto to support the Peace and Life Center’s vigil for caged children and separated families on our southern border. During his campaign, Harder promised to support Dreamers and immigrants, and he’s followed through on those promises. Now he’s added firm support for basic human rights. 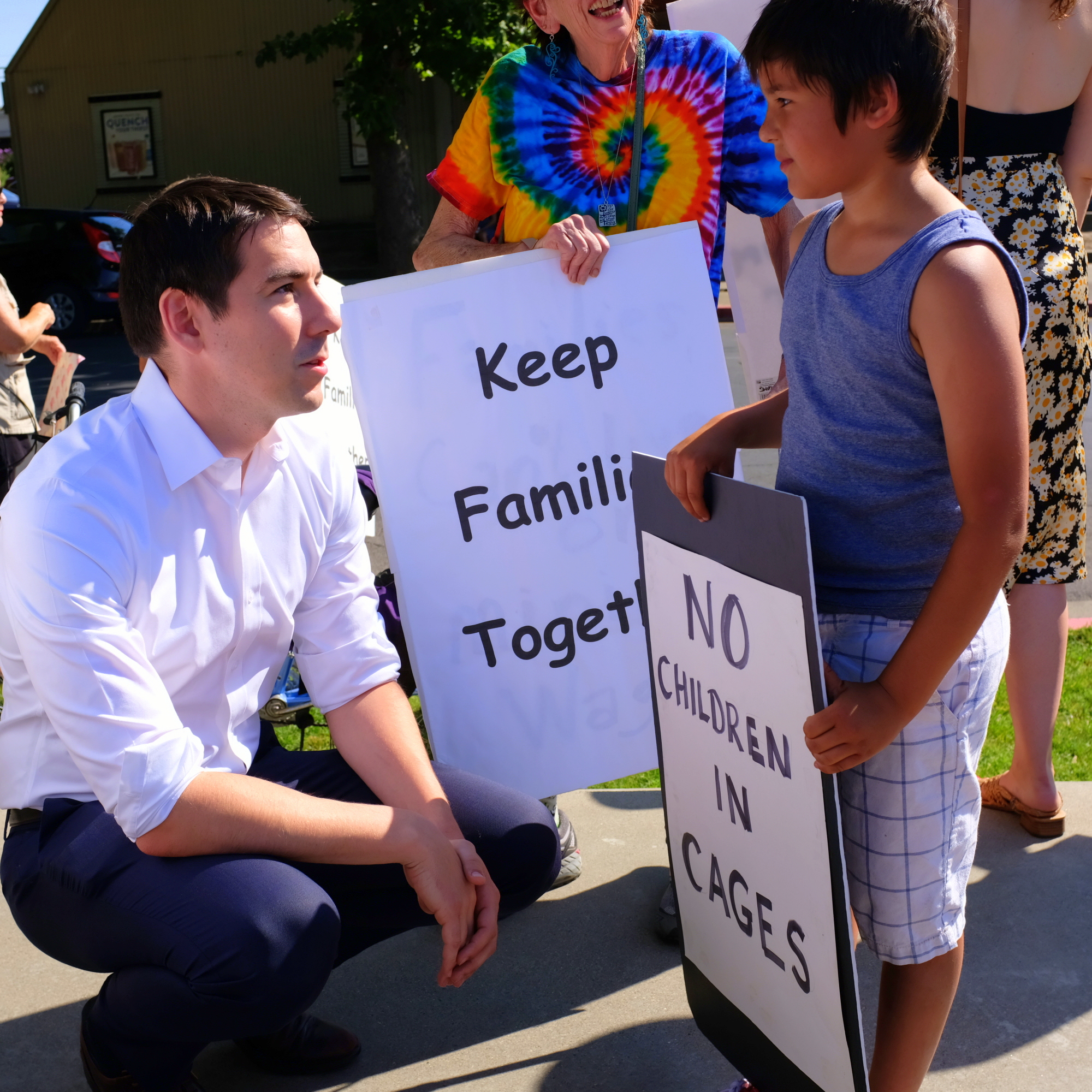 Unlike most of our local politicians and leaders, who routinely morph into invertebrates when the times call for political courage, Josh Harder isn’t afraid to take a stand for the decency that has always represented the better part of the American way. When he spoke at Five Points, he emphasized the moral malignity behind caging children when they are, “guilty of no crimes whatsoever.”

Surrounded by people bearing signs that read, “Keep Families Together,” and “No Children in Cages,” Harder stressed the need to stay vigilant and continue to work righting the wrongs of family separation. He also managed to say a few words of encouragement to almost every one of the over fifty people present for the vigil. 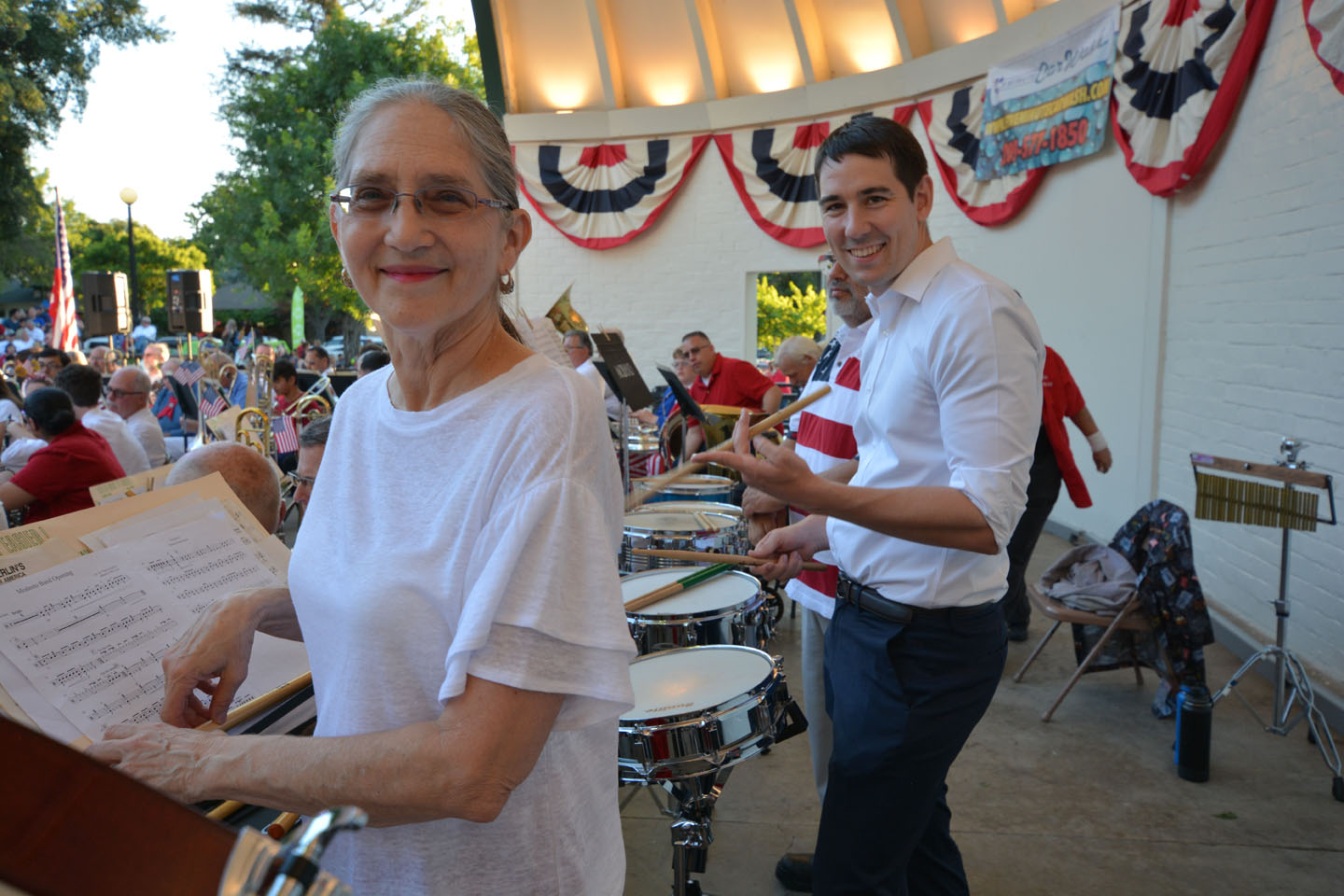 Just two hours later, Congressman Harder was manning a set of drums at the 100th Anniversary celebration of Modesto Band of Stanislaus County, better known as MoBand. He was clearly invigorated to be celebrating Independence Day in a context he couldn’t have imagined during his younger days as a MoBand drummer.

As he chatted with band members and civic boosters like Chris Murphy, it became more and more evident that Josh Harder has the rare gift of acting both as a team player and team leader. In many respects last Wednesday night, he was just another member of the band, and obviously took great delight in being back behind the drums.

But he was also clearly intent on bringing people together and working toward a better way forward than our current polarized tribalism permits. Like any band member, Josh Harder knows that great music is more than the sum of its parts, yet each part is crucial to the whole.

Maybe even more to the point, Josh Harder knows the role of the drummer is to keep time. And when we do manage to move beyond our current political and moral malaise, it will be patriots like our new Congressman who set the tempo for a better way forward.