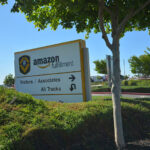 While Turlock officials and Amazon flacks were still unwilling to confirm that a huge warehouse was going to be a fulfillment center for the internet giant, a burning question remained unanswered: Just how many shiny, commemorative shovels was Amazon going to provide for the groundbreaking ceremony? Several examples of those shovels were presented to City of Turlock managers so elected council members could be photographed “digging” into the earth at […] 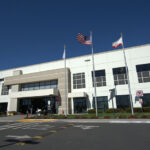 Below, Bruce Frohman joins Steve Ringhoff in taking a close look at the consequences when Amazon comes to town. Like Mr. Ringhoff, Frohman believes the reasons Amazon often clouds its arrival in secrecy are not benign.  Politicians operate under the presumption that any business creating new jobs in a community will be a benefit. When a company the size of Amazon comes to town, heaven and earth are moved to approve […] 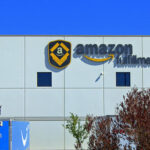 Steve Ringoff is a freelance journalist. See more of his work here. City of Turlock officials were about ready to polish the ceremonial groundbreaking shovels before it was publicly revealed that Amazon planned a 1,000,000 plus square foot warehouse facility in their southern Stanislaus County municipality. In an article April 21, bearing the bylines of  Modesto Bee reporters Kevin Valine, Marijke Rowland, and Kristen Lam, that team put together  enough […]