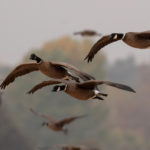 January 2, Stanislaus County birders and friends scraped the frost off their windshields well before the sun rose and motored out to their assigned areas for the 122nd annual Audubon Christmas Count, a worldwide event that provides a huge database for fluctuations in bird populations around the world. One of hundreds of compilers of local counts in the United States, Harold Reeve was joined by his wife Sharon and their […] 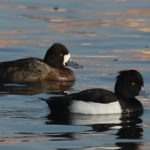 The Audubon Christmas Bird Count is the longest running citizen-science survey in history. This year marked its 115th anniversary. Each year around Christmas time, men, women, and children from around the world go outside and count bird species and populations within a given region. On January 4, volunteers from the Stanislaus Audubon Society set a new record for total species recorded on the Caswell/Westley Count with 142 species. Some who […]