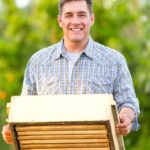 Jeff Denham was right when he said that he should be judged for his record rather than on his support for Donald Trump. That’s why we’ve consistently supported Denham’s opponents, Trump or no Trump. Denham’s willingness to harm his constituents by twice voting to shut down government alone should disqualify him from office. But he’s also anti-science, anti-equal pay, anti-environment, and pro a Republican Party line that has over the […] 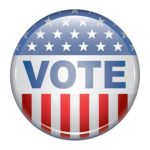 Lots of professional politicians get more mileage than they should out of the “I am not a politician” game, but Jeff Denham has refined the act to a science. His most recent incarnation is as a “local farmer.” He acquired the local farmer tag when he reinvented his political career after being termed out of his previous office as a state senator. He’s also been able to fashion himself as […]

Convicted or not, Trump is history – it’s Biden who’s changing America | Robert Reich
Republican infighting has created a political void into which Democrats are stepping with far-reaching reforms

Trump’s Lawyers Mocked Democracy and Reasoned Debate
Rationality and demagoguery fought it out on Senate floor, but the better arguments won’t convince most Republicans.

Biden Halts Trump Rule That Gutted a Landmark Bird Protection Law
The rollback of the Migratory Bird Treaty Act was set to take effect February 8, but now the new rule is in trouble.