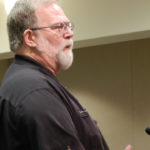 Emerson Drake caused a minor sensation recently when he reported contents of an email from Bruce Frohman to Modesto Mayor Garrad Marsh. In the email, Frohman offered to write an opposition argument to the Stamp Out Sprawl (SOS) ballot initiative. Drake claimed the email was evidence Frohman had gone over to the “Dark Side.” Given the context, “Dark Side” most likely meant “pro-development.” Since Frohman and I communicate frequently, I […]