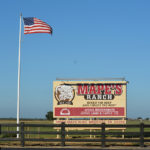 Legend has it that Ed Mape used to herd cattle from behind the wheel of his Cadillac car. Maybe he spelled Cadillac with two “Ts.” Today, the Mapes Ranch is more famous for its billboard sign reading “Breed the Best and Forget the Rest” than for its former owner, but it’s still a major feature in the unique character of the land along Highway 132. In fact, in the fifteen […] 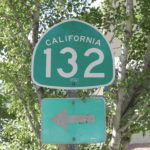 In “How Would the New 132 Freeway Affect Wood Colony,” Bruce Frohman wrote that plans to change the route of 132 are “gaining momentum.” People need to ask, “Gaining momentum to do what?  Introduce sprawl out to Dakota? Introduce another major intersection to reduce momentum on an already jammed-up Carpenter Rd?  Is this something we can be proud of?” Look at where they plan to take the 132 west project: […]

During the four years that this writer served on the Modesto City Council, many maps were examined and studied for planning purposes. Various urban configurations were presented for consideration. Based on this writer’s experience, the residents of that community may have considerable misconceptions about the impacts that the construction of the 132 freeway would have on them. Historical Examples When the 120 Freeway Manteca bypass was originally opened, the road cut through pristine farm land. There […]