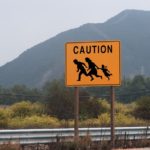 Below is a copy of the text of an email sent by Congressman Jeff Denham on October 3rd, 2013, the 3rd day of the government shut down.  It is misleading and dishonest.  This writer’s comments are highlighted in capitalized bold text at the end of each paragraph of Denham’s message. DENHAM WRITES:  Dear friend, Many constituents have contacted my office or spoke with me during my recent tele-town hall regarding current appropriations negotiations, […]

On the eve of the October 1 government shutdown, San Joaquin Valley Republican Congressman Jeff Denham held a one hour telephone town hall meeting to answer questions about his political positions in the House of Representatives. Mr. Denham opened the meeting by reading a prepared statement. The statement featured the exact same language used within the House of Representatives debate, and provided the rationale for obstruction of the Affordable Health Care […]