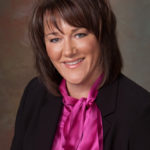 While opponents of Measure X continue to gloat about their narrow victory as though it were a landslide, another narrow victory may in the end prove as significant as the defeat of Measure X. Jenny Kenoyer’s upset of Stephanie Burnside helped bring about a gravitational change in the Modesto City Council, and may well stymie the Chamber of Commerce’s plans for another growth boom in Stanislaus County. Given her trouncing […]

The two highest profile candidates in races for seats on the Modesto City Council are Stephanie Burnside and Bill Zoslocki. While both have extensive political histories, Zoslocki’s hasn’t been explored publicly, mostly because the Modesto Bee would prefer voters forget his role in Village I. District 4 Bill Zoslocki’s role in Village I is well-documented here. We’ve also written about it here. During his 2012 campaign for mayor, he opposed […]