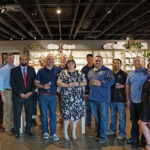 Rule #1: Choose democracy. When America’s founding fathers put the power of last resort in the hands of the people, they knew democracy is a flawed and often clumsy form of government. They also realized that among all options, it’s the most likely to achieve the critical balance between freedom and equality that empowers the best qualities of human nature. At this point in history, only one of our two […] 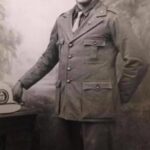 Nick Bavaro’s father was already a veteran of the Italian Air Force when he decided he didn’t want to fight for Benito Mussolini’s fascist government. Discharged in 1933, Paul Bavaro was a working farmer who early on had the foresight to anticipate the awful consequences of Italy’s descent into fascism. After Italy invaded Ethiopia in 1935, Mr. Bavaro feared he’d be called back into military service. He loathed the idea […]