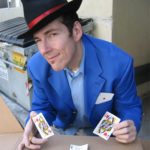 Though it seemed out of character, Republican support for last year’s Stanislaus County road tax, Measure L, was actually a natural evolutionary stage in a tax revolt that began in California forty years ago and has wreaked social and environmental havoc ever since. Launched by Howard Jarvis and Paul Gann in 1977 through the initiative process, Proposition 13 heralded the anti-tax revolt and Reagan Revolution that still dominate federal, state, […] 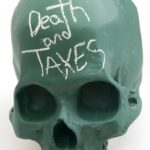 Over a decade ago, when newly-elected Mayor Carmen Sabatino proposed a half cent sales tax for road maintenance and repair in Modesto he was met with a storm of protest. Despite the controversy, no one questioned the sorry state of our roads. The road tax has since been championed both by former Stanislaus County Supervisor Jeff Grover and current Supervisor Vito Chiesa. Again, no one questions the sorry state of […]