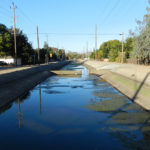 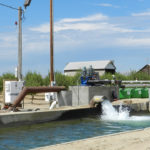 Especially since the drought extended through last year’s dry winter, you couldn’t write “groundwater” and “California” without adding, “the only state that doesn’t regulate.” The assumption was that California’s groundwater problems must be due to lack of regulation. That assumption, however, fails against the realities of groundwater regulation in many states where groundwater woes are not unlike those in California. One such example is Texas, where large portions of the […] 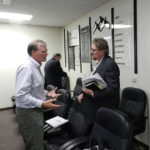 When Stanislaus County Supervisor Jim DeMartini made a surprise appearance at Wednesday night’s meeting of the Stanislaus Water Advisory Committee (WAC), people expected fireworks. DeMartini has been an outspoken critic of the WAC since its formation early this year. In theory, the WAC is supposed to advise county supervisors on water policy. In fact, it has seemed dedicated to avoiding action of any kind. DeMartini’s recent attempts to establish a […]

Just as it appeared Wednesday’s meeting of the Stanislaus Water Advisory Committee (WAC) was going to conclude another session of deferred action, Stanislaus County Supervisor Terry Withrow lit up the room. “I was talking to Jim and he was pretty adamant about putting a moratorium on the east side,” said Withrow. “And right now he’s got the votes to do it.” No one had to be told “Jim” was Stanislaus […]

Some of our readers have remarked that Dr. Kennedy’s discussions (here and here) of the hydrogeology of the northern San Joaquin Valley may be beyond the scope of the layman. Below, we discuss groundwater in the foothills in simpler terms. First, however, consider the following observations by Karen Burow, a United States Geological Survey scientist, who did a 2004 study of groundwater in the Modesto Basin: “Water-level and pumping […]

Probably the most prevalent myth about groundwater is that we don’t know how much is being pumped. The seal of secrecy goes all the way to the state level with a long practice of concealing well records even from scientific inquiry. But the mystification about how much water is being pumped is nothing more than a shell game. It’s a distraction meant to confuse and silence the public. Among farmers, […] 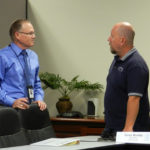 Almost anyone who reflects a minute or two can see California groundwater law is based on an absurd assumption. Essentially, the law says groundwater belongs to the owner of the land above it. Once it’s acknowledged that groundwater isn’t distributed along property lines, the law doesn’t make much sense. It makes less sense once it’s understood that groundwater moves from place to place. And it becomes absurd when we realize […] 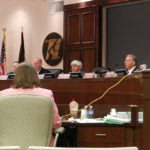 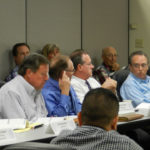 To hear the Modesto Bee tell it, Stanislaus County Supervisors’ attempts to formulate a groundwater policy are explorations into terra incognita: “Being first can make you the focus of a lot of attention. That’s just one of the reasons Stanislaus County’s efforts to deal with water issues are important. We’re among the first in the Valley coming to grips with finding and supplying enough water to keep agriculture not just […]