Susan Eggman and Josh Harder were in downtown Modesto Saturday morning, urging volunteers and their fellow citizens to exercise their most fundamental right under the Constitution of the United States — the vote. When the Founding Fathers debated about what kind of government should shape the new nation they envisioned as an “experiment,” they rejected many alternatives. Learned men, they had recent history as a lesson against monarchs and, “divine […] 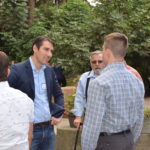 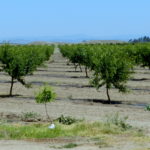 If there’s anything Valley citizens have learned from the passionate support for preserving Wood Colony, it’s that people value our prime farmland. But despite consistent public support for farmland preservation, California has averaged a loss of 30,000 acres of farmland per year for at least the last thirty years. Now there’s an opportunity for action that would stem the tide of destruction. Assemblymember Susan Tallman Eggman has introduced the Sustainable […]