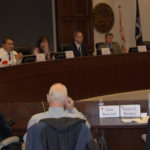 Apparently, Janice Keating and Tom Berryhill had good reasons for missing Wednesday night’s League of Women’s Voters forum for Stanislaus County Supervisors’ campaigns; Keating sent word she was observing her thirtieth wedding anniversary and Berryhill cited a conflict. That left Frank Damrell as the only District 4 candidate present for the sparsely attended question and answer session in Modesto City Council Chambers. If they view the video of the forum, […] 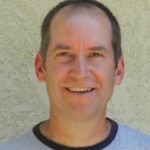