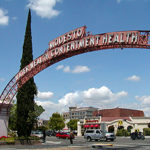 The two most consistent criticisms of Modesto’s Measure X involve distrust of government and concern for the poor and middle class. Both display a willingness to ignore facts. Distrust of government is as old as the Constitution. But when the founding fathers settled on a democratic republic, they emphasized the need for an informed citizenry. In fact, James Madison wrote that, “a popular government without popular information or the means of […]

In Part I, we argued that anti-government and anti-tax hysteria promoted by the likes of Grover Norquist have resulted in failures to provide the very services governments were formed to deliver, especially public safety. Ultimately, the Norquist arguments have resulted in the kind of madness that has shut down the federal government and threatens democracy altogether. Here, we address much more serious arguments against Measure X. While these arguments are […]