Sunday, July 22, the Modesto Bee’s big story was on the declining use of irrigation water by local farmers. The story was accompanied by a large photograph of Don Pedro Reservoir, full almost to the point of overflowing. Most of the story seemed to support the Modesto Irrigation District’s (MID) water sale by assuring Bee readers that the District has plenty of water. As is often the case in […]

Killing a river is the outcome of a systematic process. The key is strict control of public perception throughout the process. The first and most important principle is to omit any mention of the river except when absolutely necessary. This is the single most important and easily overlooked tactic. While it may be necessary to mention the river, it is imperative that as soon as possible the river be reduced […]

Bob Hackamack is already immortalized with a portion of the Tuolumne River named for him—Hackamack’s Hole, a Class IV rapid. Fortunately for the river, Hackamack, a Control Systems and Chemical Engineer, is as adept with a slide rule as he is with a canoe or kayak paddle. Many of those who know best about protecting rivers credit Hackamack with the unique mix of passion and scientific expertise it took […]

Scott Calkins is a soft spoken gentleman serving as an unpaid volunteer on the Citizens Advisory Committee of the Stanislaus Council of Governments (STANCOG). STANCOG is the lead government agency for the first phase of the Highway 132 Freeway project. The project was initiated at the behest of STANCOG. The agency is comprised of a Board of Directors who are elected public officials from the various cities and districts […]

When the Modesto Irrigation District (MID) assures its customers there is enough Tuolumne River water to sell 2,000 acre feet per year to the city of San Francisco, knowledgeable citizens can only assume there’s a hidden back story. For one thing, many local farmers have been informed of reduced water allotments. Since their water comes from the Tuolumne River, they can’t help wondering how the claim of excess water […] 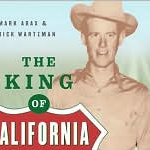 October 1, 2009, water flowed down a sandy segment of the San Joaquin River that had run dry for more than sixty years. Though it was a major historic event, it was noted mostly by a small group of insiders who follow water policy like an investor follows the stock market. Almost three years later, Valley citizens are scarcely aware of the escalating battle over California’s second largest river, but […]

Shortly after John Mensinger and Larry Byrd blew the wheels off the Modesto Irrigation District (MID) water sale bandwagon and the City of Modesto looked likely to sue to assure its water rights, the Modesto Bee opined that, given the intense controversy surrounding the water sale, it couldn’t hurt to form a citizens’ advisory committee of agricultural and urban customers to help steer the water sale controversy to a reasonable […]

The City of Modesto has an informal goal of having 1.8 police officers for every thousand citizens. The goal is based on the national average in 2002. Modesto has not met the goal since it was established. Given the present staffing level, the police need the help and cooperation of citizens. On April 3, 2012, the Woodland West Neighborhood Association held a neighborhood watch meeting to discuss problems and solutions […]

There’s not much of a mystery why the Modesto Irrigation District (MID) Board of Directors wants to sell water to San Francisco. Faced with a water treatment plant that has become an embarrassing money pit and having failed to raise rates enough to maintain infrastructure, they need the money. San Francisco’s demand for water, on the other hand, is at first glance a bit puzzling. As recently as November 17, […]