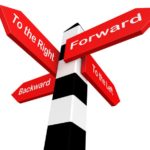 The conventional wisdom is that candidates for Mayor of Modesto face inevitable runoffs. That’s why insiders are saying there’s no way either Garrad Marsh or Brad Hawn, the odds-on favorites in a crowded field, will get fifty percent of Tuesday’s vote. Failing to take a stand on the Mayor’s race, the Modesto Bee has written, “we hope to see a runoff between Garrad Marsh and Brad Hawn.” While runoffs may […]

Leave it to the Modesto Bee to whiff on the biggest political decision in years. Yes, when it came time to step up and take a stand, the Bee took a walk. That’s what happened when The Only Game in Town wouldn’t make the call on the Modesto Mayor’s race. With three strong candidates, two of them developer-friendly, the Bee passed. Modesto’s newspaper of record then recommended a solidly pro-developer […]

Despite efforts by Todd Aaronson to downplay the relationship, there’s no question Aaronson, Ryan Swehla and Joe Muratore are joined at the hip. These Siamese triplets have well-established business and social relationships that would have gone unnoticed and uncommented upon if not for the SCAP scandal. Muratore’s and Swehla’s business ties became a problem when Muratore was declared in conflict of interest because of his position on the Modesto City […]

To Todd Aaronson, it must have seemed like the perfect storm, with prevailing winds in his favor. For months on end he’d used his expertise at marketing to take the pulse and temperature of Modesto’s District Three, the bloc carved out by the City’s decision to adopt district elections. He’d acquired an “A” list of endorsements no one else could hope to match. Best of all, his opponent wasn’t an […]

Longtime Modesto Bee reporter Fred Herman, who’s been retired for decades, shows here he hasn’t lost his writing chops as he comes out strong for City Council candidate Jenny Kenoyer. Fred fondly recalls when he was proud to support Republican Peggy Mensinger in her quest for better planning, smarter growth, farmland protection and green alternatives. He sees Jenny Kenoyer as a key player in building a team that will unite […]

“Use the force, Luke,” says Obi-Wan Kenobi in the great epic film by Modesto’s most famous former resident. Luke’s problem is he doesn’t believe what he’s capable of. Once the belief’s in place, Luke has powers comparable to those of the legions of super-heroes who preceded him in fantasy fiction. Belief is the key that releases the super-hero’s power. In The Matrix, the cyper-punk fantasy set in a machine-dominated future, […]

Modesto Mayor Jim Ridenour appeared more than a little miffed at the Bee last Wednesday night during the City Council’s discussion of the SCAP flap. Ridenour kept emphasizing that the issue had to be decided on the facts and according to the rules, not by what people read in the newspaper, as though the facts might be different from Bee reports. This is quite a departure for a man some […]

Modesto Mayoral candidate Bill Zoslocki came out swinging for growth at the July 20 luncheon at Modesto’s Vintage Gardens. The sparsely attended forum was advertised as a benefit for the group, “Advancing Vibrant Communities,” and offered candidates the opportunity to speak at length about their plans and vision. Four candidates attended, including favorites Garrad Marsh and Brad Hawn. The lesser known Ken Zanolini did nothing to suggest he’ll be able […]

Lost in the anti-government, anti-tax, pro-business rhetoric which has become the vocal currency of the day is an insidious assault on the American public. Those who know their American history realize there’s nothing new in dominance of our political institutions by wealthy elites. Old Ben Franklin feared the anti-democratic leanings of both George Washington and John Adams, and Thomas Jefferson’s candidacy against the incumbent Adams was an anti-monarchist and pro-democracy […]