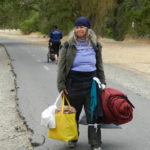 No one really expected the two recent town meetings about homelessness in Stanislaus County would produce immediate solutions. Newspaper accounts have stressed the anger and frustration of local residents as they see their streets and parks overrun with people with nowhere else to go. Many are ready to write off the homeless as low-life addicts, thieves, and vandals. But the real story may be among those who’ve managed to listen […] 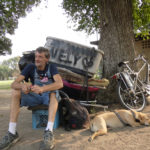 With its high poverty and unemployment rates, the San Joaquin Valley has a larger homeless population than the nation as a whole. Even so, most homeless people aren’t outside longer than a few months. The exceptions can include those who routinely use shelters, work at least part time, and have small incomes.  The canners are atypical. In her study of homeless recyclers in San Francisco, Teresa Gowan found them independent, […] 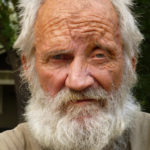 When Carl Wolden hit the streets of Modesto late in 2004, he was embittered and angry. He had never gotten over the injustice of paying child support to a woman who used much of the money for hard drugs. After making $31 an hour in his job at a major auto parts firm in San Francisco and making decent money in the Alameda shipyards, he found it increasingly difficult to […] 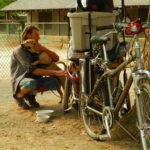 Carl sees the light In 1994, Carl Wolden went through a divorce and lost his job almost simultaneously. Once again, his middle brother came to the rescue. Carl’s brother had remarried, moved to Antioch, and found work in the Alameda shipyards. He invited Carl to move in and helped him find work as a pipefitter’s assistant. Things went well until the shipyards shut down. The stress put added tension on […] 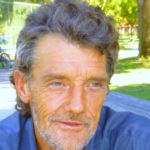 Look at Carl Wolden’s weather-worn face and a panorama of American culture comes to mind, most of it arising out of the Deep South and Midwest: The themes of Johnny Cash, Tammy Wynette, John Steinbeck, and Flannery O’Connor all seem carved into his features. But, despite his looks, Wolden wasn’t born in Oklahoma or the Deep South; he was born in April of 1964 in Yolo County’s General Hospital. Shortly […] 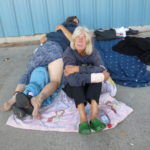 Donnie and Johnnie are on the move. Johnnie, the small guy with the big ears, is pulling a little red wagon. It’s laden with an odd assortment of found objects, including a putter. In context—Modesto’s south side near the Gospel Mission—the putter looks nothing like a sportsman’s tool. It looks instead like a weapon, and that’s probably its only potential in the hands of Donnie or Johnnie. Except for the […] 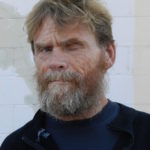 It’s about a mile and a quarter from the Modesto Gospel Mission to La Loma Liquors at the intersection of La Loma and Burney in Modesto. That’s not far as the crow flies, but the distance stretches by magnitudes when Scottie Shovelski tells you that’s where he goes to cash his monthly disability check. When’s Scottie’s on foot, which, during the day, is virtually all the time, people avert their […] 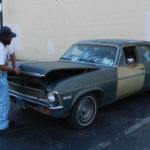 Right after this summer’s breakout of homelessness brought about protests from urban residents, Modesto’s street people were on the move. Pushing and pulling their shopping carts and bike-powered transport systems, they frequented corridors along many of Modesto’s traffic arteries, only to land on a spot where the police would show up and tell them to move on. Modesto officials soon learned that rousting the homeless from parks and other public […] 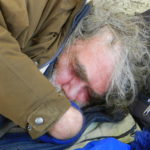 What would Jesus do? Get to the Modesto Gospel Mission early enough on a winter morning and you see the overnight “guests” leaving the building. These are the homeless. The rules say they have to be off the property by 7:30, and the rules are strictly enforced. Many of the men who emerge from the building every morning don’t look homeless, maybe because a few actually have jobs, and maybe […] 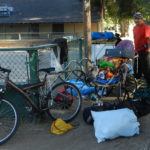 Modesto under siege Summer of 2015 they appeared like an alien fungus, some pale, wan, jaundice-tinged, others large, dark, and gnarly. They plopped down in our parks and along the canals, raising levels of alarm and loathing to dangerous heights. For a long while, their eccentric orbits had been confined to a peripheral loop skirting the edges of downtown Modesto— the Empowerment Center on Olive Avenue to the north west, […]