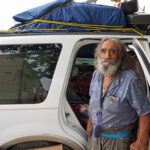 California Governor Gavin Newsom’s presidential ambitions hinge as much on appearances as they do realities, and the unsightly presence of homeless people throughout California is a reality he can’t make disappear. Born of desperation fostered by the futility of his own efforts to eliminate homelessness, Newsom has decided to blame California’s mayors for his own failure to understand the fundamental nature of a humanitarian emergency that grows worse by the […] 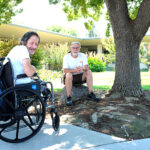 Alan Davis, the wheelchair-bound double amputee who has haunted the streets of Modesto for the last few years is safe inside — at least for now. Homeless outreach worker Randy Limburg found Davis near 9th and J Streets in downtown Modesto early in July, badly soiled and ravenously hungry. It wasn’t long after Davis’s friend and advocate Frank Ploof had found him across town and taken him for a shower […] 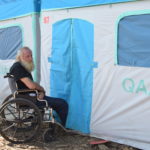 Kenneth “Pops” Yarber became homeless in 1995, not long after a brain aneurysm put him in a wheelchair. Suddenly, he was forty years old and on disability. Not long afterward, the bank foreclosed on his house on 4th Street in Modesto, and he began bouncing from the streets to short stays with friends and relatives. A few years later, Pops was convicted of passing bad checks and using stolen credit […] 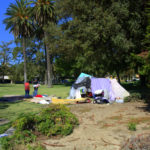 After the tents popped up in Modesto’s Graceada Park last Tuesday, the news traveled like lightning through neighborhood group email lists: “They’re allowing camping in the parks.” Whether, “they,” meaning the City of Modesto, are really allowing camping in all the city’s parks remains to be seen. The confusion is the result of a ruling by the Court of Appeals for the Ninth Circuit. The court wrote, “a municipality cannot […] 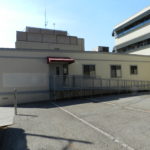 News that Stanislaus County’s Focus on Prevention program for the homeless would soon establish an access center to connect homeless people with a wide range of services was generally greeted with enthusiastic approval. Those not in the cheering section included many volunteers and professionals long-experienced at dealing with homeless people and their issues. While it may be puzzling to some why a central location with access to services doesn’t provide […]

When Randy Limburg saw the crutches and wheelchair in front of the tent, his first thought was Cheri. The woman with one leg had been in the park for several years, and always refused to leave. “That you Cheri,” said Limburg. “You in there?” Probably because Cheri knew him, Limburg got a response, but he couldn’t get Cheri to come out of the tent. She answered a few questions from […] 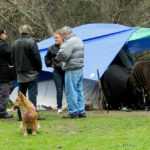 Most everyone was encouraged when the Modesto City Council approved $250,000 toward establishing a services and shelter center for our growing population of homeless people. The first stage will include temporary winter shelters (in the form of modified garden sheds) for forty people as part of Stanislaus County’s Focus on Prevention project to end homelessness. Ultimately, city and county officials intend to establish a one-stop service center where people experiencing […] 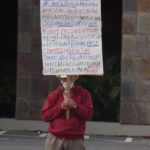 Ramon Alvarez was a fixture in downtown Modesto for years, but by the time he made Jeff Jardine’s popular Modesto Bee column he was near death. Ramon was the “sign guy” or “the guy with the van” who regularly occupied various street corners near the Modesto Arch, protesting what he claimed were heinous crimes  by the court system. While his long-term protest didn’t do much in the way of addressing […]

Whether by coincidence or design, homeless people in Modesto’s parks have been subjected to heightened harassment and arrests ever since the new mayor and councilmembers took office. Despite the costs and lack of observable benefits, sweeps and busts are occurring more often than ever. Years ago Modesto residents learned through bitter experience that the police department was too short-handed to respond to burglaries and other petty crimes, yet lately there […]

Whether by coincidence or design, the Modesto Police Department (MPD) waited until after the February 2 election to roust illegal “campers,” otherwise known as people without homes, from Beard Brook Park last Thursday. The sweep, the second within a few months, forced people to take down tents, gather what belongings they could carry, and leave the park, at least temporarily. Even during the sweep, city workers were making mock bets […]