Homelessness in the San Joaquin Valley 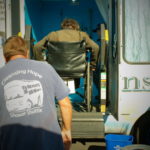 Frank Ploof, who coordinates services at the Modesto Outdoor Emergency Shelter (MOES), probably wasn’t thinking about fate or destiny as he was pushing Alan Davis uphill last Wednesday, but he could have been. Ploof was pushing Davis toward a rendezvous  with his own brainchild. At least that’s the story according to Dean Dodd, the high-energy force behind the Cleansing Hope Shower Shuttle, a rolling marvel of a brilliantly-executed but simple […] 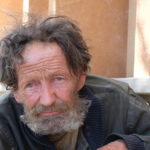 Homeless outreach worker Randy Limburg came across Alan Davis a couple of weeks ago. Davis was frequenting downtown Modesto in an area roughly from the old Modesto Bee building, at 1325 H Street, to five points at J Street and Downey Avenue, near Ralston Towers. Davis said he was fifty-four years old and had been on the streets for a few months after waking up from surgery at Memorial Hospital. […] 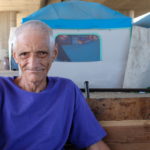 Many believe today’s system of care and recovery for homeless people is antiquated and inadequate. For the most part, they’re right. Nevertheless, some people just need an intervention and chance to get back on their feet, especially those with income and a place to go. Efren Torres is one such person. Efren Torres had been clean for three years when he lost his wife in a tragic automobile accident in […] 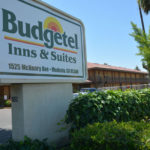 In a sweeping survey of housing needs in the San Joaquin Valley, the California Housing Partnership and the California Coalition for Rural Housing have concluded that the Valley needs 137,254 more affordable homes. Among the most troubling findings was that many hard-working Valley citizens live on the edge of homelessness because housing costs consume up to 70% of their incomes. Minimum wage earners are especially burdened. Of the eight Valley […]